< Back
TPS Round Up - Insider Issue 9

TPS’s sponsorship of British Rally Champion Matt Edwards is gearing up for an exciting end of season finale as he bids for a hat-trick of titles in his Volkswagen rally car.

With four rallies completed, Matt sits top of the driver standings and perfectly poised for a full throttle bid for glory in the final three championship rounds.

In his first championship season in the Melvyn Evans Motorsport run Volkswagen Polo R5 and TPS’s first as a sponsor, Matt began with a steady opening round at Oulton Park, where he just missed out on a podium finish.

He followed that up by taking the second round by storm with victory at the Nicky Grist Stages, in the Welsh forests of Builth Wells.

With a third-place finish on the Grampian Rally’s gravel stages in August, it set Matt up for a no-holds-barred, charge at the leader board in the Trackrod Rally Yorkshire at the end of last month.

Despite opening proceedings in Dalby Forest with an 11-mile stage under the cover of darkness, Matt scorched his way through the night to build up a 17 second plus lead over his nearest rival.

It set the tone for the rest of the weekend, as Matt won five out of the rally’s six forest stages with an imperious drive that fired him to the top of the leader board.

“The rally car is also fitted with Volkswagen Genuine Parts, so it really is a case of all the parts of the sponsorship being perfectly aligned.

“We wish Matt all the best as he closes in on a third consecutive British Rally Championship and we look forward to an exciting finish to the series.”

Matt Edwards, said: “I’ve got fantastic sponsorship support from TPS, Yuasa and Swift Group, so if you put all of that together plus the experience and knowledge of running leading R5 cars in Melvyn Evans Motorsport, then you have a winning package right there.

“I want to win the title for a third time. I’m leaving nothing to chance in my efforts to make that happen.”

The British Rally Championship series moves next to the Beatson’s Building Supplies Mull rally on 8-10 October, followed by the Visit Conwy Cambrian Rally on 30 October. The Championship will conclude with the Today’s Ulster Rally on November 20.

Stay up to date with all the latest British Rally Championship news.

All content accurate as per TPS Insider Issue 9 November 2021 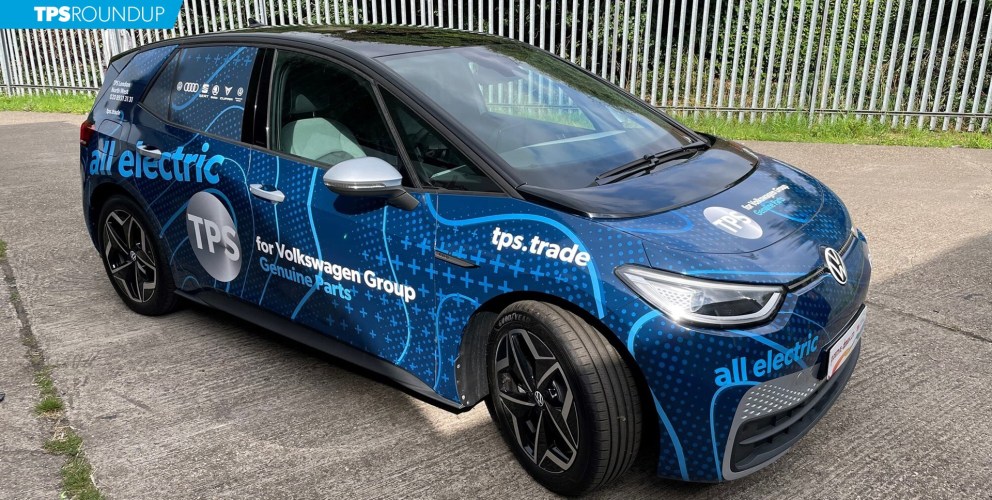 TPS Round Up - Insider Issue 9