Audi A2: An icon ahead of its time

For a car that supposedly evolved from the creative brief “Transport four people from Stuttgart to Milan on a single tank of petrol”, there is a lot more to the Audi A2 than the miles per gallon achieved. 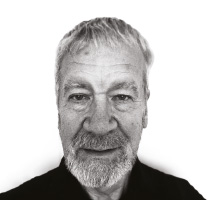 Steve Birchall is our latest contributor to choose a Volkswagen Group Icon. For the day job, he works as a computer consultant, but out of hours, Steve is happily swapping megabytes for modifying as he puts the work in on his beloved Audi A2, our latest Group Icon.

As a car modifier for almost 50 years, Steve has worked on a variety of projects. They include a London black cab, to which he added an 8.2 litre V8 engine, but it’s his passion for the Audi A2 TDI that really turbocharges his interest.

For a car that supposedly evolved from the creative brief “Transport four people from Stuttgart to Milan on a single tank of petrol”, there is a lot more to the Audi A2 than the miles per gallon (mpg) achieved.

The A2 does indeed boast some impressive fuel efficiency stats – a 140mpg best on the 1.2 version and 60mpg average for the TDI version – but that tells only a fraction of the story of this small car with a big reputation for innovation.

It made its debut as a concept car at the Frankfurt Motor Show in 1997, the first time Audi made public their plans to launch an aluminium-bodied model for the supermini segment. The decision was a bold move, with the A2 only the second model at the time after the A8 to be built based on Audi’s revolutionary space frame design.

Steve said: “The A2 is a phenomenal car, so much so that we have 7 of them in our immediate family. They are very special and so much fun to drive. The A2 I bought for my 17-year old grandson has 232,000 miles but it runs as well as any of the low mileage ones we have. It’s incredible to think they first came off the production line over 20 years ago and here we are now all still enjoying the benefits.”

The A2 was produced at Audi’s “aluminium” Neckarsulm plant in Germany on a special line purpose built for it. Audi was the first manufacturer to try to incorporate
lightweight building concepts using aluminium and associated alloys into a “mass market” vehicle.

Alongside the A2’s revolutionary aluminium frame and great mpg stats, the 1.2 version was the first car to be launched with an eco-mode. The Audi A2 1.2 TDI version had the lowest drag co-efficient for any car at the time of its launch. And the roll call of innovation doesn’t end there.

Moving away from the engine and into the vehicle’s interior, there is innovation in space efficiency and all-round roominess that would put the Tardis to shame.

Steve adds: “The A2 really is like the Tardis, it’s unbelievable how much interior space they have. At times, you think you could get a couple of washing machines in there! They are so practical and it’s part of the appeal of them.”

The interior of the Audi A2 is a magic box of innovative design features that help to make it one of the most space-efficient vehicles of all time. It has a very large interior space relative to its exterior dimensions, including a boot with 390 litres (13.8 cu ft) of space that is significantly larger than the luggage space of the next model in Audi’s range, the A3.

The boot was in fact a double (false) floor boot, where items could be hidden from thieves or where the space saver spare wheel could be stored. An innovative space floor storage system also included a box that slotted in the rear passenger foot well, a rear cup holder which unclipped, and a toolkit, which depending on equipment, was stored next to the battery.

Another unusual design feature, situated at the front of the car, was the “Serviceklappe” or translated into English, the “service panel”. A key feature of early models, this was a black panel located at the lower edge of the bonnet, with filling points for oil and screen wash fluid and the dipstick, that helped reduce the number of times the bonnet had to be raised. It’s the kind of standout feature that marked the A2 out from other models and helped to eventually seal its iconic status.

Despite its reputation for innovation, the Audi A2 was not a huge market success and as a result its production run ended in 2005. Since then the Audi A2, particularly those early models, has seen rapidly diminishing numbers, with the car now living on through dedicated enthusiasts like Steve and his fellow A2 club members. For more information on the club visit www.a2oc.net.

Steve adds: “There is a real sense of community with the A2 members’ club. It’s not about ego or showing off the most powerful car, it’s all about people who have a passion for their cars and love to drive them. With so many enthusiasts now driving them, they really are on the cusp of being a modern classic and are truly deserving of that status.”

Overall, the A2 remains remarkably fresh for a car entering its third decade. It proved that small cars could be radical and different, pushing the boundaries of design innovation to a level that marked it out as a vehicle way ahead of its time.

Its reputation for innovation makes it truly deserving of its place in the Hall of Fame. A small car with big tyre tracks to fill for those seeking to achieve similar iconic status in the future.