The store will not work correctly in the case when cookies are disabled.

Driving through the decades with four famous Group Icons

As part of a recent social media poll, we asked our followers to choose their favourite Group Icons from the 70s, 80s, 90s and more recently the 2000s. With the results in, for our extended edition 10th TPS Insider we bring you the best Group Icons from across four decades.

With the votes in and counted, we are delighted to announce our 70s Group Icon is the vehicle of choice for everyone from surfers to staycationers, the beloved Volkswagen Beetle. Racing forward into the 80s it's the original hot hatch hero, the glorious Golf GTI taking its rightful place in the petrol head pantheon of all time classics.

As we move into the 90s, it was the power packed Corrado taking the plaudits from our online pollsters. Bringing things right up to date, for the 2000s we are back in hot hatch territory, as modern-day cult classic the Lupo GTI leaves its rivals trailing in its tyre tracks.

So that’s our four Group Icons from across the decades. Without further ado, let’s find out more about what make this fantastic four such car classics. 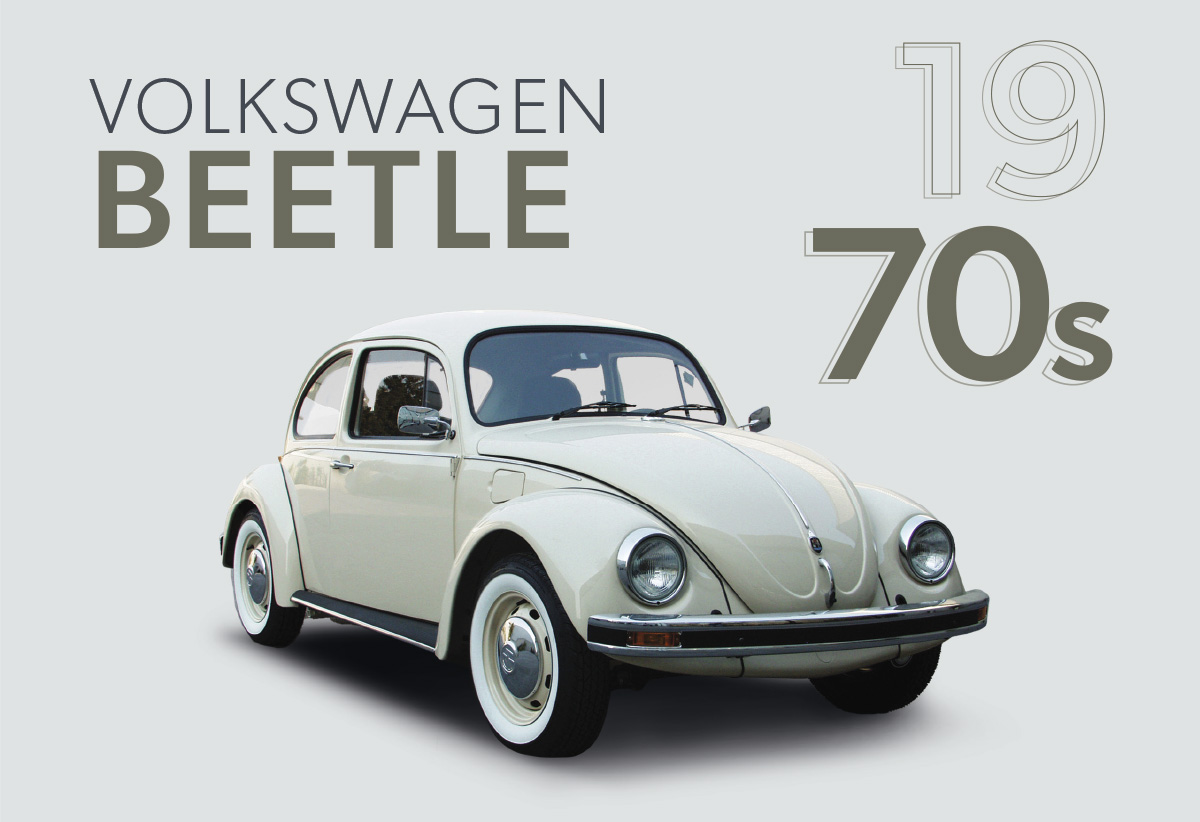 The Volkswagen Beetle, or Type 1 as it was officially known, is a true icon of the automotive industry. Although its origins are in Germany as an affordable people’s car, the Beetle’s eye-catching design has made it an international star.

In America and Mexico in particular its star car appeal has shone as brightly as its distinctive headlamps, with both those key markets enjoying an enduring love affair with ‘the bug’ that has lasted for decades.

It was first distributed into foreign markets, including the United States, in 1949 and quickly took off. By 1955 Volkswagen had produced a million units, making the Beetle a major player in the automotive industry.

While the Beetle thrived in the 50s and 60s, the 70s were its heyday. It reached the height of its popularity in 1972, when it beat the Ford Model T, to become the world’s all-time best-selling car.

As the 70s ended so did the Beetle’s production run in Europe, but with production moved to Brazil and Mexico it enjoyed a revival in its fortunes. An appearance by a certain 1963 Beetle model named Herbie in the 80s smash hit movie ‘The Love Bug’, helped to further boost its popularity.

By the time the final Type 1 Beetle was produced in Puebla, Mexico, in 2003, it had achieved an incredible 65-year production run, a record longest ever, for a vehicle manufactured on a single platform.

A second-generation model, the A5, was launched in 2011. However, eight years later the last one rolled off the production line, marking the end of the road for the beloved Beetle.

That road has been long and record-breaking, ending with the Beetle taking its place in the automotive hall of fame. Just as importantly, it’s also secured its place in the hearts of the many admirers who have fallen in love with or got the bug for this instantly recognisable car. 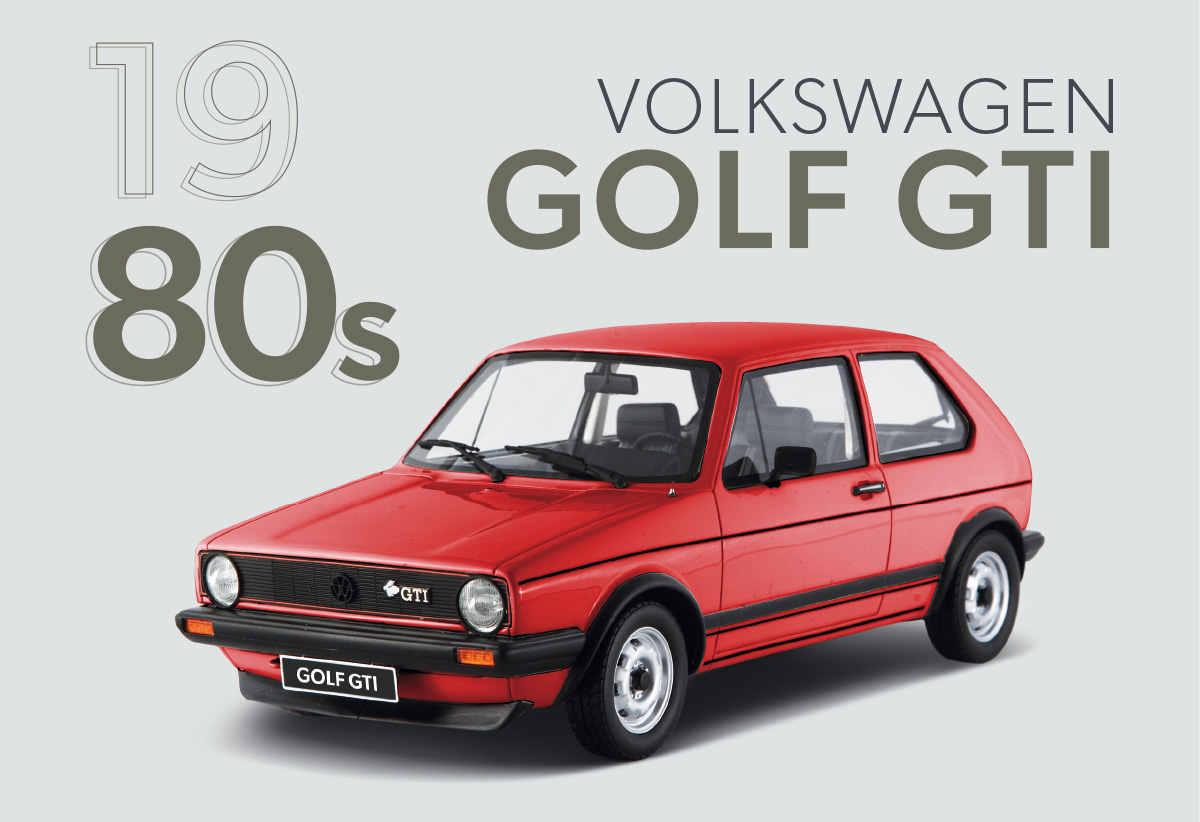 Although it eventually enjoyed a stratospheric, turbocharged blast into automotive history, the Golf GTI began its life in far quieter and secretive circumstances.

Away from the official factory endorsed programme that produced the Mk1 Golf, an unofficial sport version was developed as the brainchild of former Volkswagen PR director Anton Konrad, engineer Alfons Löwenberg and six other team members.

The GTI was conceptualised, built and tested in secret by this elite Volkswagen team of engineering, suspension, chassis and marketing experts. Their collective brilliance combined to produce a car that would go on to achieve legendary status.

In 1975 the Golf GTI Mk1 was first unveiled to the world at the Frankfurt Motor Show, beginning the story of an automotive legend. Although initially restricted to a production run of 5,000 in 1975, this ended up close to 462,000 units as the Golf GTI Mk1’s instant popularity helped establish the first chapter of the world’s most successful compact sports car.

With a top speed of 114mph, its black wheel arch extensions, red edge around the radiator grille, tartan sports seats, golf ball gear knob and a sports steering wheel with special design features, the Golf GTI was already beginning to establish icon status. However, the best was yet to come.

Launched in 1984, many regard the Mk2 as the pinnacle of the Golf GTI line. With a new chassis, a more powerful engine (110 bhp) and a top speed of 124mph, it took all the best loved elements of the Mk1 version and refined them. It set the standard for cars in its class, ultimately outselling its predecessor in the UK and in the process becoming one of the definitive cars of the 1980s.

With its boosted power outputs allowing tuners and modifiers everywhere to realise their boy or girl racer dreams, to its finessed design flourishes - golf ball gear stick and iconic tartan upholstery – the Golf GTI has inspired many imitators.

From the simple concept of taking a family car and adding in a performance engine and sports styling, the Golf GTI has evolved to become a best in class, a true automotive icon and the undoubted leader of the hot hatch pack. 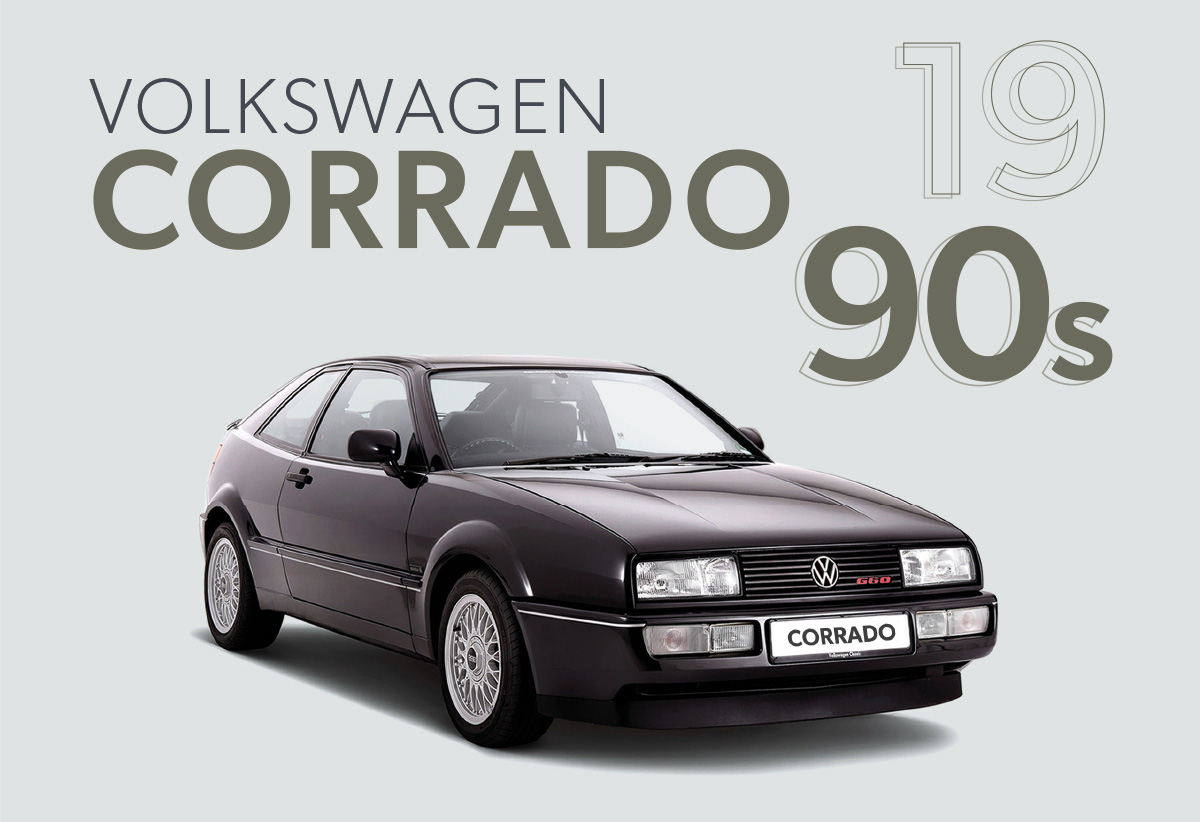 The icon status attributed to the Corrado has taken longer to build up than some of the more instantly recognisable entrants in the Volkswagen Group Hall of Fame.

When the Corrado first launched into the market in 1988 as a replacement for the Scirocco, it quickly built a reputation as one of Volkswagen’s most elegant cars to date. With its eye-catching lines, chunky wheel arches, and an active rear spoiler that raised at cruising speeds, it's little wonder that motoring writers, commentators and the car-buying public were charmed by its good looks.

While its beauty was a sight to behold, it also packed some fairly beastly power under the bonnet. Built on MK II Gold platform, it contained a supercharged four-cylinder G60 engine boasting 158hp, and produced a respectable 0-60 in 7.8 seconds.

In 1992, it was further enhanced with the arrival of the Corrado’s best engine, the six-cylinder VR6, and with it a move towards icon status. The VR6 was a bigger, 2.9-litre version of the Golf VR6's 2.8, turning the Corrado into the first 150mph Volkswagen, with the dash from zero to 60 reduced down to 6.2 seconds.

This was followed in 1995, by the UK launch of the limited edition VR6 Storm. Recalling the Scirocco Mk1, it came with a range of aesthetic upgrades that included a colour-coded grille, 15-inch BBS alloys and the ‘Storm’ badge. With only 500 produced and available in just two colours, Classic Green and Mystic Blue, the VR6 Storm was much sought after and remains exceptionally rare to this day.

By the end of 1995 the Corrado was no more, with 97,000 units rolling off the line during its seven-year history. While no more were produced, the legend lives on.

Many enthusiasts consider the VR6 to be the ultimate Volkswagen Corrado, the engine the coupe was waiting for. It makes it one of the best performance coupes of the 1990s and a rare example of a car considered a classic in its own lifetime, a view that continues to this day. 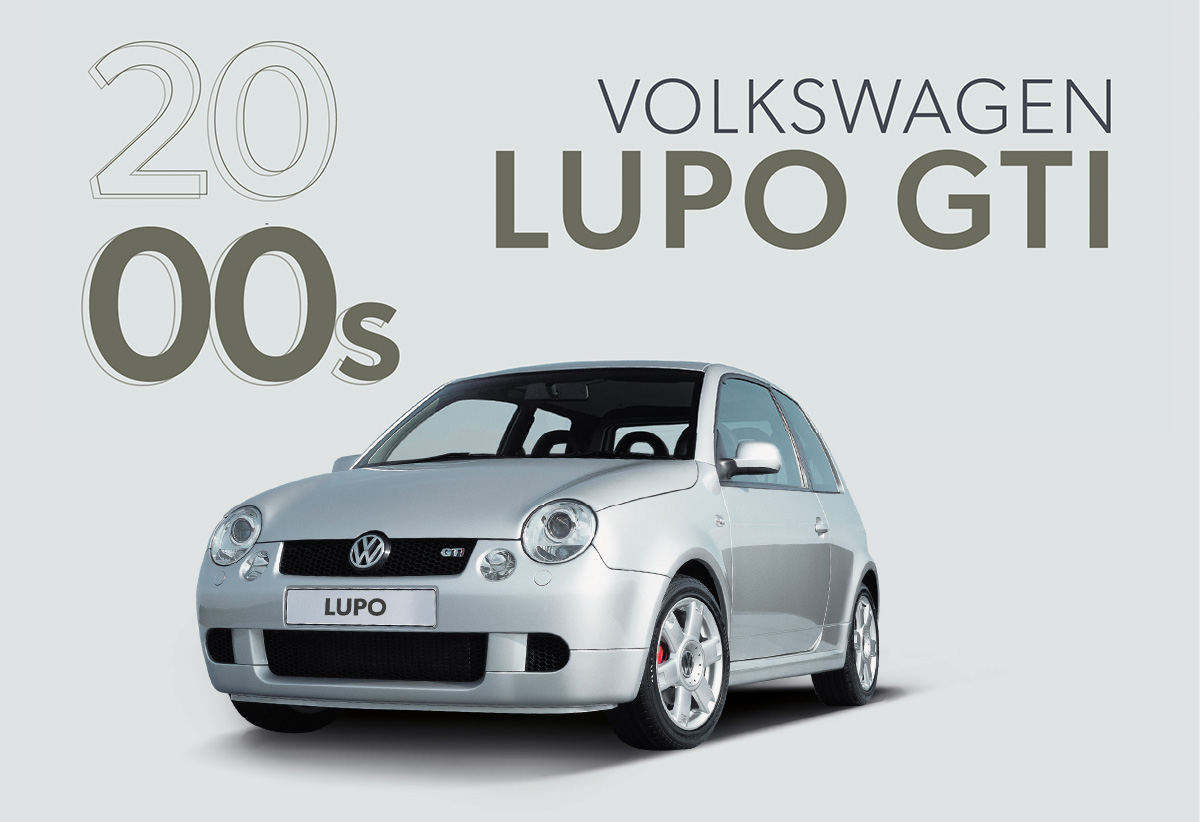 For a car first launched in 1998 and discontinued in 2005, the Lupo GTI had a short time to leave a lasting impression on the automotive world.

It first made its appearance in the market in October 1998, to fill a gap in the Volkswagen model range caused by the increasing size and weight of the Polo. Built on the same platform as the SEAT Arosa, the city car named after the latin word for wolf, it was given its teeth with the introduction of the GTI model.

As part of the Lupo GTI’s bite, Volkswagen armed it with a 123bhp 1.6-litre engine, a top speed of 127mph and the capability to go from 0-60mph in an impressive 7.7 seconds. Its performance under the bonnet was matched by its interior with sports seats, a leather steering wheel, chrome-rimmed dials and polished steel pedals.

The exterior of the car is equally impressive, distinguished by flared wheel arches, chunky side skirts, a deep front spoiler with purposeful air intakes and 15-inch six-spoke alloy wheels. At the rear, it boasts twin centrally mounted chrome exhausts, a roof spoiler and sports the iconic GTI badge.

Despite being discontinued in 2005, during its short-lived history, the Lupo GTI built up a burgeoning reputation with hot hatch lovers that remains to this day.

While the Lupo GTI does not enjoy quite the high-profile status of the Golf GTI, its feisty nature has helped endear it in particular to motoring writers, many of whom have raved about it every time they have driven the car.

Fuelled by its popularity with the motoring media, the Lupo GTI has extended its sphere of influence further to a point where it also enjoys cult classic status among the enthusiast community. As a worthy recipient of the GTI badge, this particular wolf is one likely to leave its fans howling with delight for many more years.

All content accurate as per TPS Insider Issue 10 May 2022 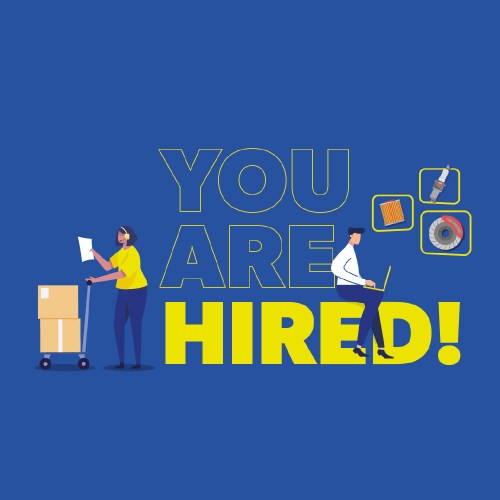 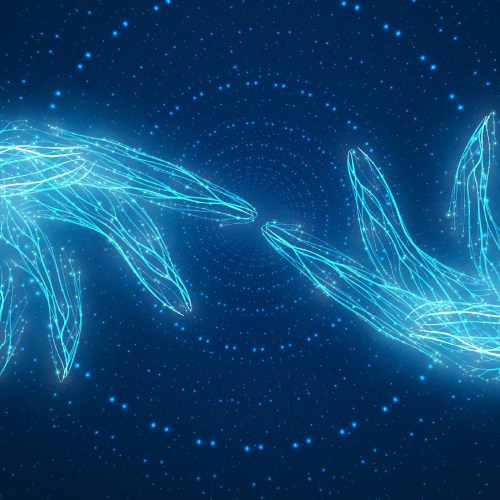 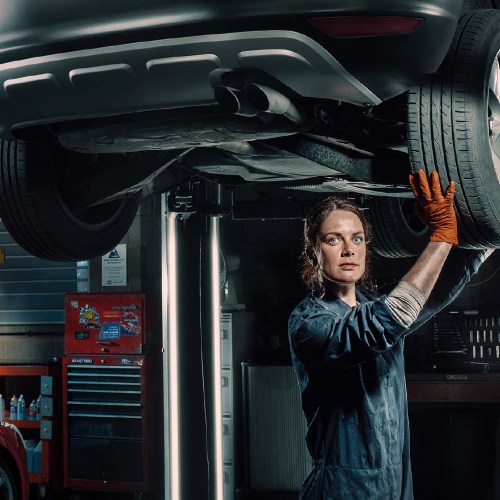