< Back
The Big Read - Insider Issue 6

What should garages be doing now to prepare for the growth of hybrids, BEVs and PHEVs?

New car registrations fell by 2.4% in 2019 to 2.31 million units, their lowest level in six years. Although this was the third consecutive year of decline, there were areas of growth which will have potential future impacts for the independent garage sector.

Figures produced by the Society of Motor Manufacturers and Traders (SMMT) showed demand for Alternatively Fuelled Vehicles (AFVs) bucked the overall trend and grew to take a record 7.4% market share.

This year demand for AFVs will continue their exponential growth. We know this because new CO2 emissions legislation introduced on 1 January 2020 saw the introduction of all encompassing fines levied on car manufacturers who fail to meet the average emission targets.

This means there is a new urgency across all car brands to introduce new AFV models. The SMMT calculates there are now 60 plug-in models on the market and 34 more coming in 2020, consisting of 23 BEVs and 11 PHEVs.

Longer term, BEVs will become the most popular AFV as the government moves to bring forward the ban on new petrol and diesel engine cars from 2040 to 2035 and include hybrids and PHEVs among the prohibited vehicles.

DriveElectric, the specialist leasing company, estimates EV demand will surge this year by 260% to 100,000 units, boosted by benefit-in-kind tax exemption for company car drivers from April. While that figure remains to be seen, this undoubted shift in demand in the new car market will start to impact the independent garage sector when these vehicles begin to have service and maintenance requirements.

While BEVs and PHEVs are still relatively new to the non-franchised garage sector, hybrid technology has been around since the early 2000s and the parc has grown in recent years as the market for used models becomes more established.

Consequently, independent repairers are now faced with a growing demand for servicing, repair and MoT work, often from long standing customers who are now running AFV’s.

According to Frank Harvey, Head of Member Services at the Independent Garage Association (IGA), which represents over 4,000 sites, garages are increasingly identifying the need to future proof their businesses by upskilling technicians to be able to look after hybrid vehicles.

“We’ve found with hybrids it was a matter of overcoming the initial trepidation shown by some garages and we’re certainly over that now. They realise this is a transitionary technology which still requires them to work on internal combustion engines and carry out routine maintenance on wear and tear items,” said Harvey.

“The main difference is making vehicles safe to carry out routine maintenance and this has led to an increase in demand for specialist training.” Since 2014 the IGA has provided onsite hybrid awareness courses and now offers Level 3 training to members and non-members for technicians working on hybrids, PHEVs and BEVs. So far the organisation has trained more than 5,000 technicians.

Safe working practices are at the core of the training required to work on the high voltage systems on these vehicles. Technicians undertaking routine maintenance still need to know how to shut down vehicles properly – especially if they have smart keys which can reactivate a car if they are within a certain distance – be aware of the associated risks and follow the correct technical data.

Having the correct equipment is also important, from properly insulated gloves and tools to digital multimeters appropriate for the increased voltage loads.

“Hybrids are increasingly popular with second, third and fourth owners and that is prime independent garage territory. Some garages are acknowledging a need to protect themselves and adapt by recognising the requirement for greater skills and more knowledge,” he said.

“We’ve just seen a record a year of new hybrid and EV registrations, so three years from now there’s going to be a hike in the number of these vehicles coming in for an MoT and subsequent servicing work. Owners will be looking closely at the cost of maintaining these vehicles. This gives independents an opportunity to expand and future proof their businesses, as they’ll still be maintaining petrol and diesel engine cars.”

Providing services for EVs is more of a challenge but a growing number of independents are addressing this through upskilling their technicians and investing in charging points.

“In terms of pure Electric Vehicles there is still some hesitation in the independent sector because the volumes are not there yet. It’s an easier decision for businesses to make in urban centres, many of whom will see it as an opportunity, especially for those garages who want to become EV specialists.

We see a bigger growth opportunity for independents with PHEVs and cars with range extenders. While these vehicles have more technology than hybrids, they still have internal combustion engines,” said Harvey.

For independent garages, the rising demand for hybrids, BEVs, PHEVs should not be viewed as a threat. While tooling up and training will require expenditure, the opportunity to look after these cars, satisfy the changing needs of existing customer and grow with the market is too good to miss.

Still plenty of charge for PHEVs

The 2019 new car registrations published by the Society of Motor Manufacturers and Traders showed demand for plug-in Hybrid Electric Vehicles (PHEVs) fell 18% from 42,232 to 34,734 units.

On the surface this looked as though the Government’s decision to exclude these vehicles from the plug-in car grant in late 2018 had killed off this nascent market, which had become particularly popular with company car drivers attracted by the favourable benefit-in-kind tax treatment.

Tom Callow, Head of External Affairs for BP Chargemaster, which operates over 7,000 public charging points across the UK, believes there is another explanation.

“The fall in PHEV registrations compared to 2018 can be explained very simply as an issue of supply. The drop of around 7,500 units is accounted for almost entirely by models that were not on sale for part or all of 2019. It is simply not true that the removal of the £2,500 grant had any significant impact on registrations,” he said.

With better supply of new models, the PHEV sector could bounce back into contention this year.

All content accurate as per TPS Insider Issue 6 March 2020

It's full beam ahead 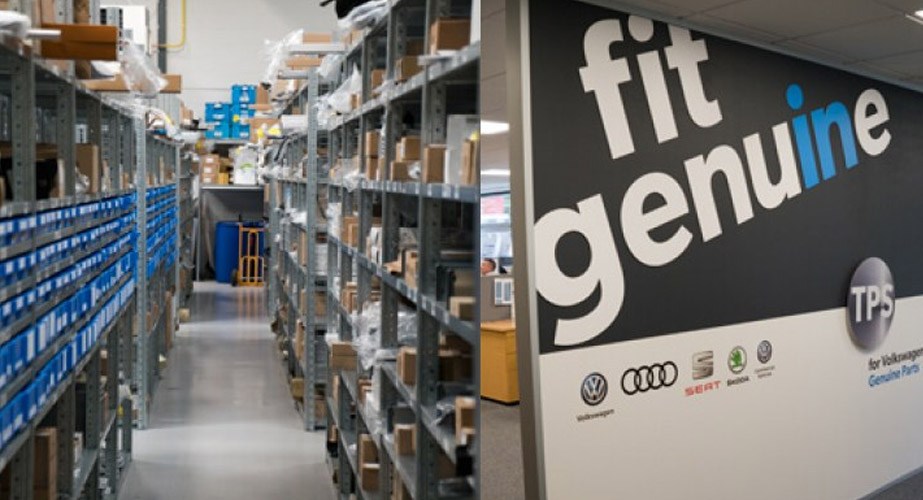 A chat with charity worker and Genuine Cause recipient Louise Hopwood