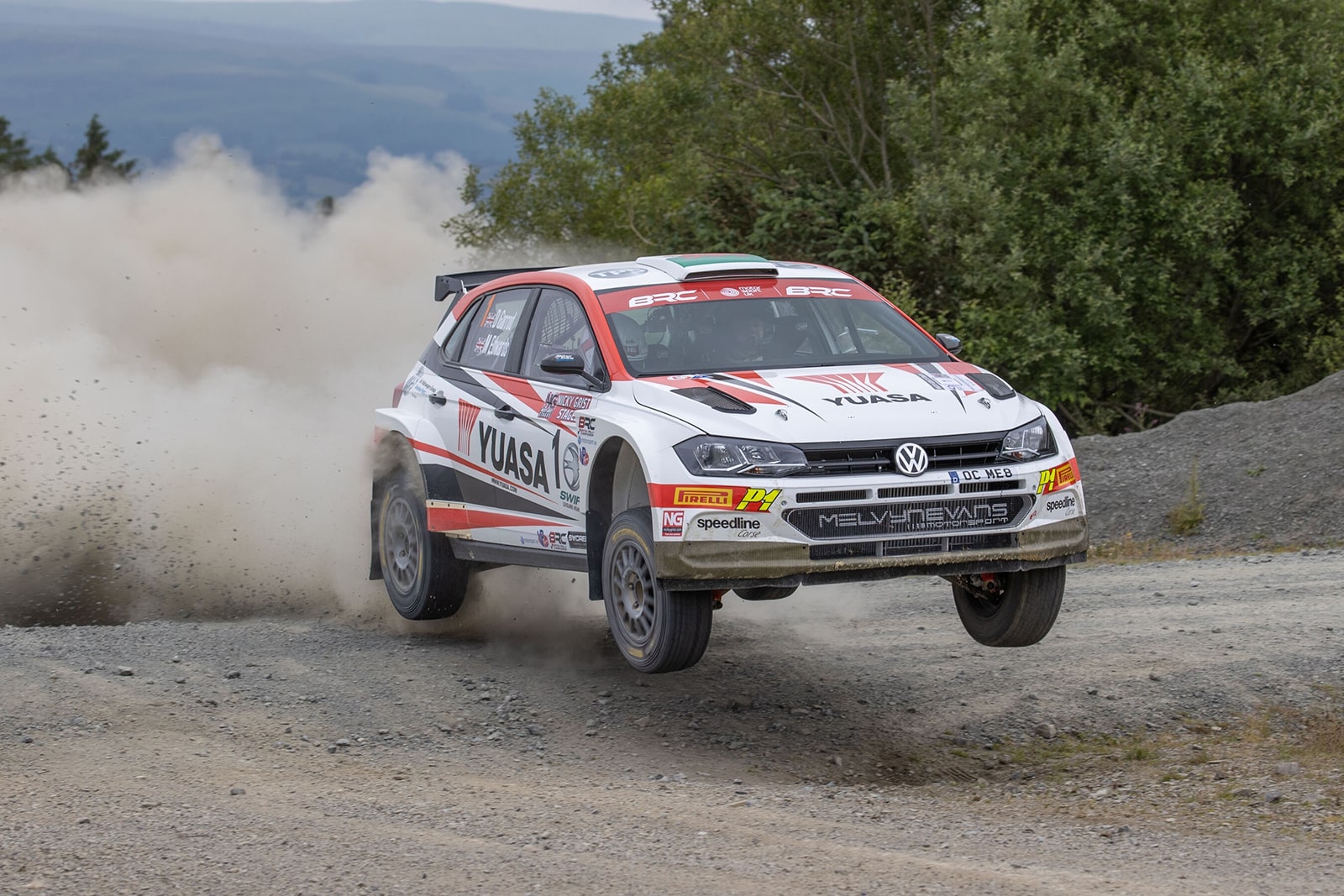 Matt Edwards is fully focused on extending his lead in the British Rally Championship, when he takes his TPS and Yuasa backed Rally Team Volkswagen Polo GTI R5 to the ultra-fast Grampian Rally (Saturday 14 August).

The double British Rally champion took the lead in the drivers’ standings after scoring a sensational victory last time out on the Nicky Grist Stages, taking place in the Welsh forests of Builth Wells. He now heads to Aberdeenshire, three points ahead of Rhys Yates (Ford Fiesta Mk2 R5) at the top of the BRC leaderboard, while Sam Moffett (Ford Fiesta Rally2) is a further three points behind in third.

As Matt charges to the top of the standings, it’s a great start for both him in his bid for a hat-trick of drivers’ titles and for TPS, in their first season as a sponsor in the British Rally Championship.

Having never entered the Grampian Rally before, the fast and flowing gravel stages in the Fetteresso and Drumtochty forest complexes will be completely new to Matt, meaning that he and co-driver Darren Garrod will be doing as much preparation as possible before making the journey north.

That will include the 36-year-old Colwyn Bay-based driver giving his Melvyn Evans Motorsport-run Polo GTI R5 a brief test at the Sweet Lamb complex in mid-Wales before heading to Scotland for Round 3 of the BRC.

Two of Matt’s young rallying protégés, Ruairi Bell and Fraser Anderson, will also contest the Grampian Rally. Both ME Rallysport squad drivers won their class on the Nicky Grist Stages – Ruairi and co-driver Gareth Parry scoring a maiden Junior BRC victory, winning the category by over a minute in their Ford Fiesta Rally4, while Fraser and co-driver Jack Bowen won the BRC Academy Trophy for the first time by over two minutes in their Ford Fiesta R2T.

Matt, a highly sought-after rally driver coach, was north of the border only recently, advising a host of drivers contesting the Lockerbie-based RSAC Scottish Rally, a round of the BTRDA Rally Series.

In fact, Matt will travel to the Grampian Rally early, as he has a two-day mid-week coaching session with a group of six young rally drivers planned – before he is reunited with his TPS, Yuasa, Swift Group and Pirelli-backed Polo GTI R5.

“I’ve always liked competing in Scotland – the surface is different to anywhere else in the UK, the stages tend to be fast and flowing and they’re really to my liking. So much so, that I’ve always fancied doing the Scottish Rally Championship,” says Matt. 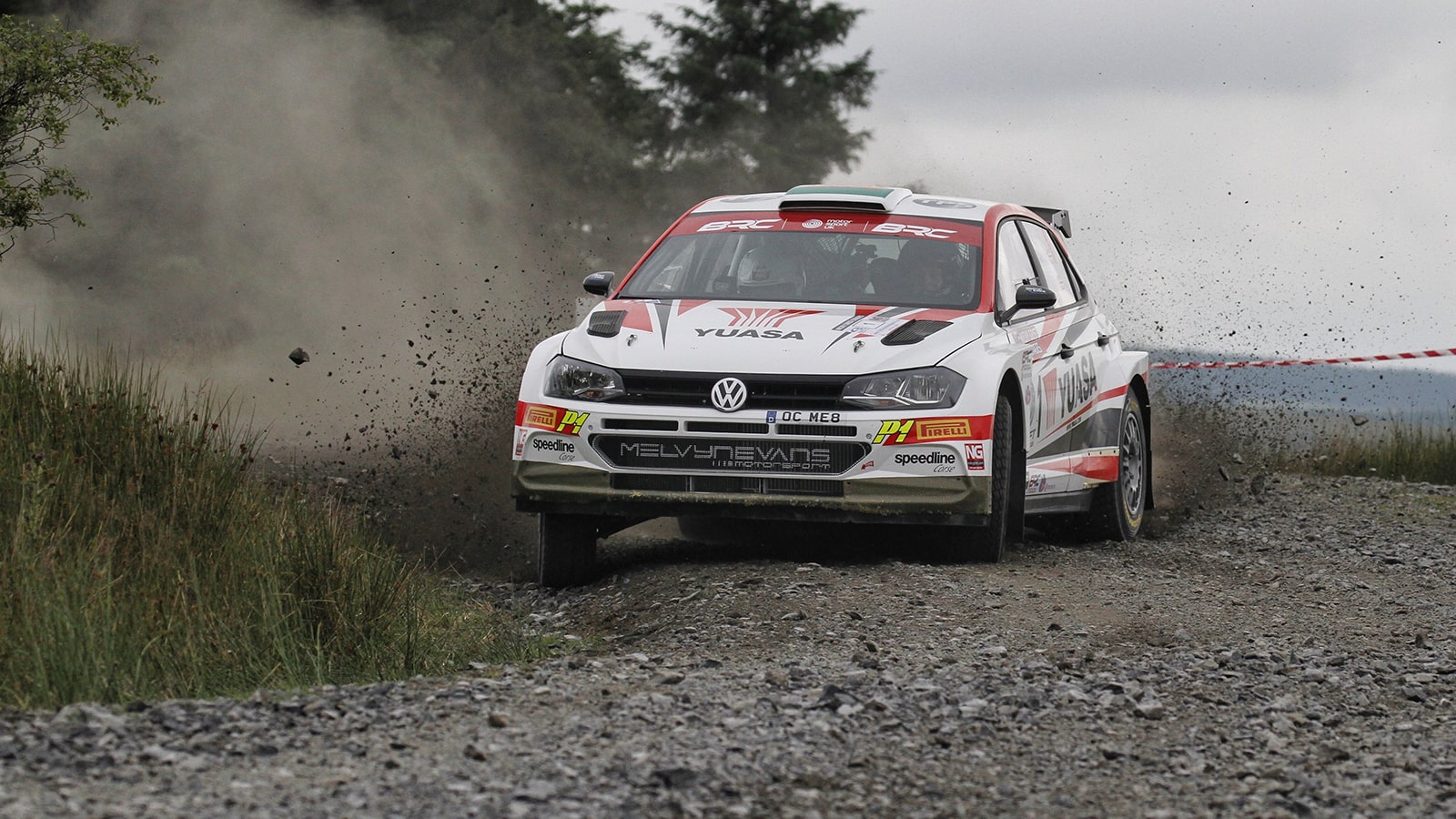 “I’ve never contested the Grampian Rally before, although I’ve been to the Durris, Fetteresso and Drumtochty stages to spectate. The surface is a lot softer and more sandy in places, and it’s really fast. It will be big challenge and, as it’s another relatively short rally, it will be flat-out from the word go.

“We have a short test planned at Sweet Lamb before we head to Scotland. The Volkswagen Polo GTI R5 is working well, but there are couple of things I want to try. I found that on the Nicky Grist Stages I had a bit of oversteer on throttle, so I’d like to neutralise that. It meant that I was thinking too much about my driving, rather than just driving. It needs to be a bit more instinctive and natural – it’s more about seat time and making tiny adjustments to suit my driving style, rather than me having to change my driving style to suit the car. The Polo GTI R5 is awesome, don’t get me wrong – it’s just a case of making everything one hundred per cent perfect.

“And it needs to be perfect, as this year’s British Rally Championship will be a very close fight. Every event in this year’s calendar is vitally important, and we’ll be leaving no stone unturned in our preparations. I’m fully focused. I want to win the title for a third time, and I’m leaving nothing to chance in my efforts to make that happen.”

The Grampian Rally contains six stages (three repeated) totalling 43.46 stage miles. The first of a capacity 120 car entry will start the at 08.41 from Banchory. The rally has two service halts (after SS2 and SS4) in Crathes, and the winner is expected at the finish at 16.52.

Owing to Covid-19 restrictions, it will be a non-spectator event – although fans will be able to follow Matt’s progress from home via his social media channels, in addition to interviews and information via the event’s and British Rally Championship’s online platforms.