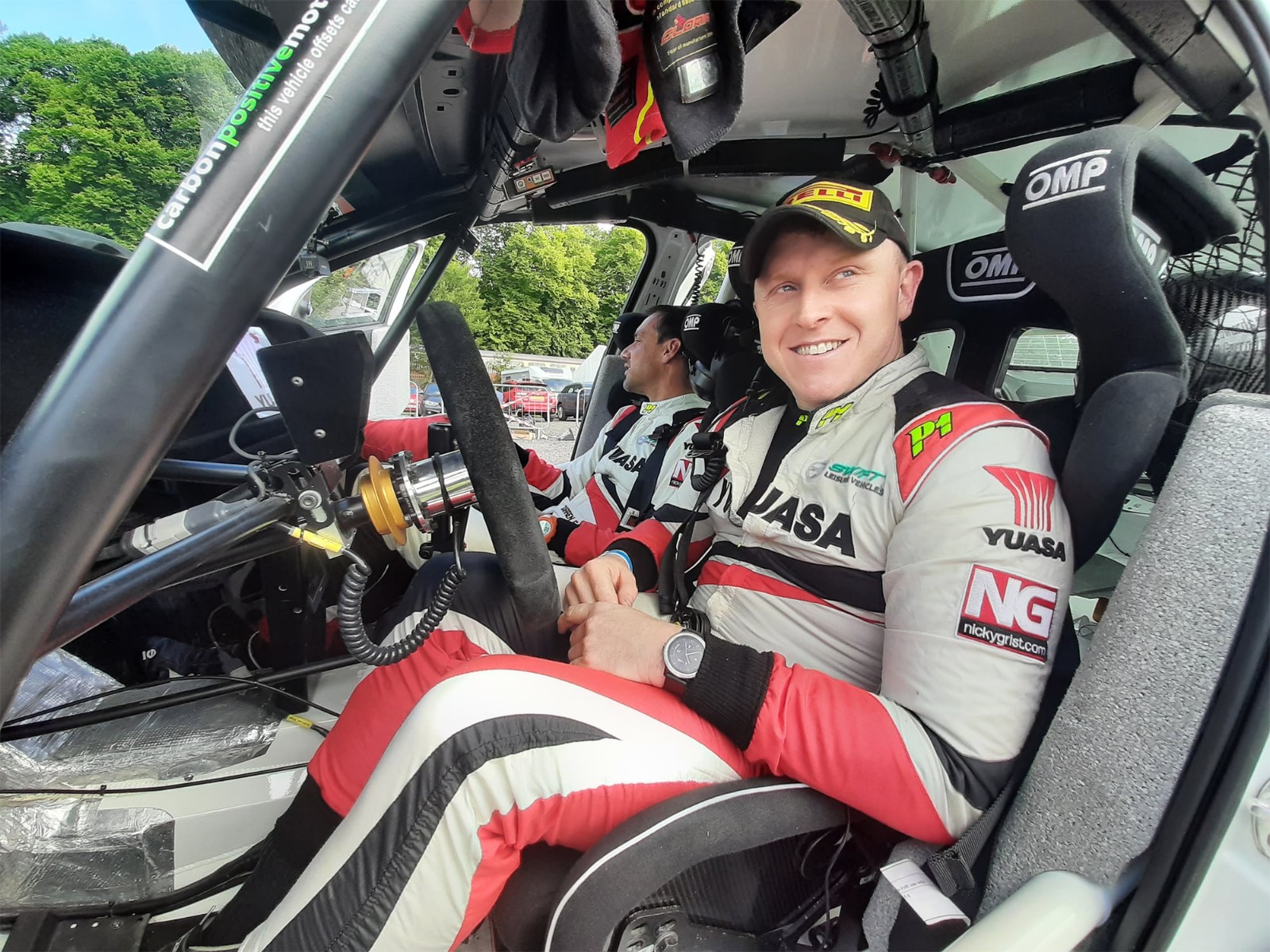 Matt Edwards’ hopes of challenging for victory on the Grampian Rally (Saturday 14 August) came to an end when an engine misfire halted his Yuasa Rally Team Volkswagen Polo GTI R5 whilst he was in a closing second position with two stages remaining – although his British Rally Championship title aspirations remain very much on song.

The double British Rally champion arrived at the event leading the drivers’ standings and was thus seeded at number one. Running first on the road was a distinct disadvantage, as the ferociously fast Durris, Fetteresso and Drumtochty forest roads near Aberdeen were covered in loose stones – meaning that Matt had to change his driving style to suit the conditions. 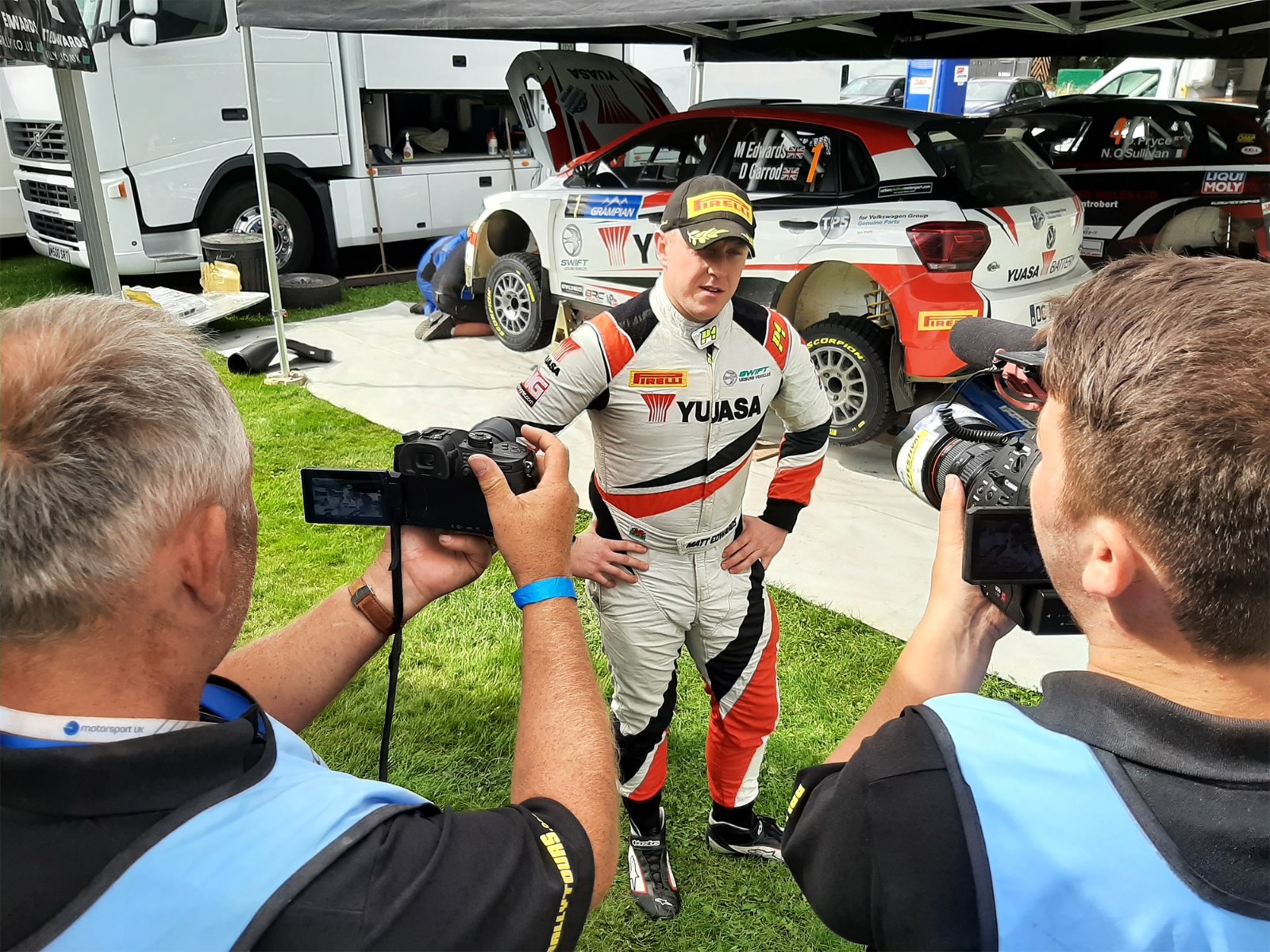 Despite this, he and co-driver Darren Garrod were third after the opening two stages, 13 seconds off leaders Matthew Wilson/Elliot Edmondson (Ford Fiesta Rally2), who were running a more favourable seventh on the road.

A few set up changes by the Melvyn Evans Motorsport team further fine-tuned the Polo GTI R5 for the Scottish terrain, enabling Matt to immediately move up to second on SS3 and cut the time deficit between him and the leaders to eight seconds.

Despite a misfire towards the end of SS4, Matt set equal fastest time with Wilson on that stage to come into the second and final service of the day hoping a fix would give him the opportunity to push hard and close in on a possible victory on the final two stages. 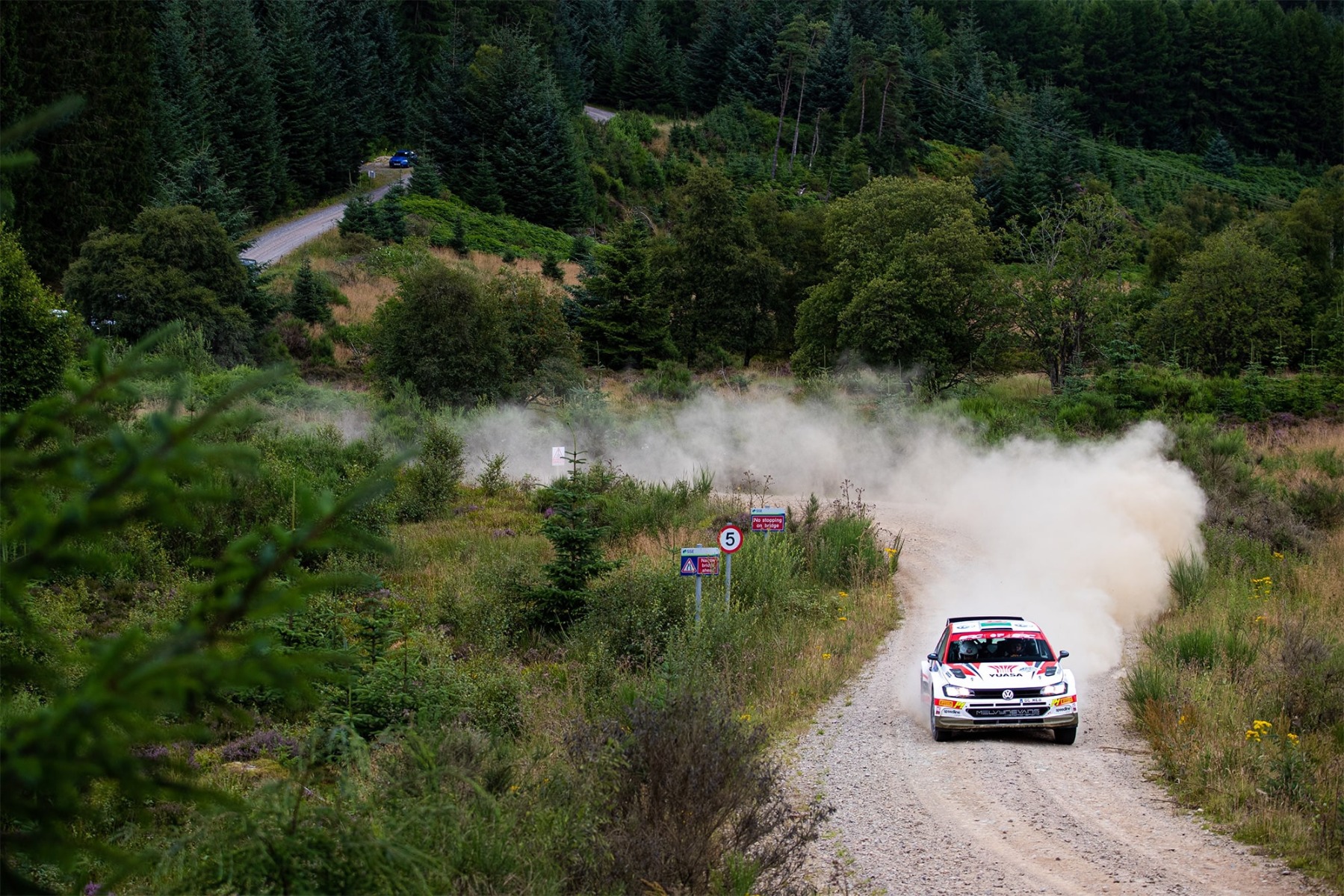 Unfortunately, the misfire got worse on the road section to SS5 and fearing that more serious mechanical problems would arise if he continued, Matt was forced to surrender his second place and retire from the event.

He does, however, remain very much in contention for the British Rally Championship title. Matt is third in the drivers’ table after three rounds, 11 points behind Osian Pryce and 12 points behind leader Rhys Yates, who has used his bonus points scoring Joker.

“Retiring on the Grampian Rally was a big disappointment,” admitted Matt.

“We made a big change to the car in first service and everything was working very well. The times on the middle group of stages showed that it was night and day better and we’d given ourselves a good chance of closing in for the win.

“At the end of stage four the engine started to misfire. We thought we’d cured the problem in service immediately after that, but on the road section to stage five it started to misfire again. We had taken spares with us, so we used a lot of our available time lateness to change the plugs and coil, but we couldn’t fix it. 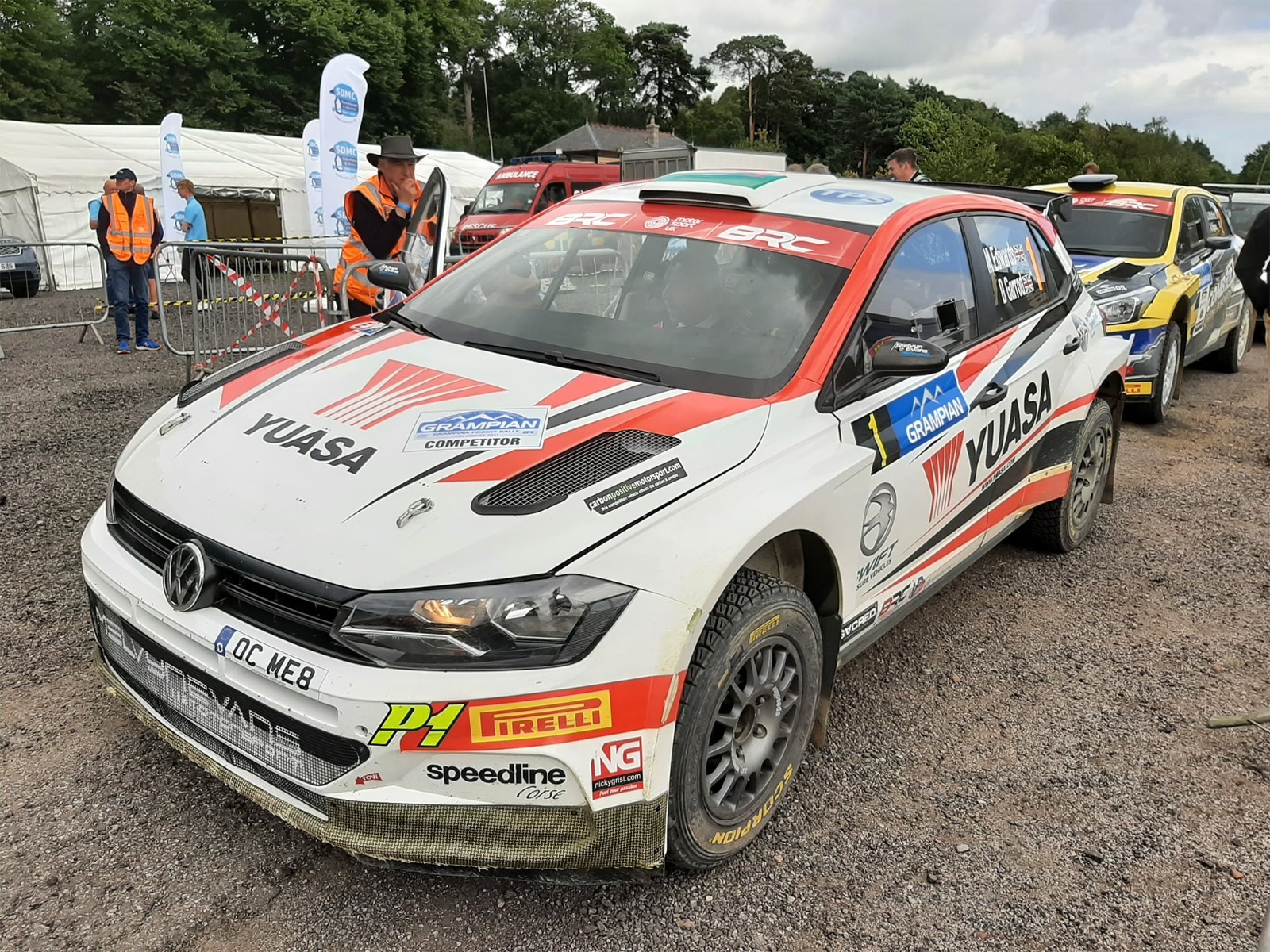 “The car was getting extremely hot. The cockpit was filling up with smoke and with the risk of the car catching fire or causing some other serious mechanical damage it was too risky to carry on.

“I think the middle two stages in Scotland in particular proved what we and the car are capable of – so it’s a case of onwards and upwards and hope that we can carry that pace onto the Trackrod.”

The Trackrod Rally Yorkshire on 24-25 September hosts Round 4 of the British Rally Championship.