Buckle up: It’s time to journey through the history of car safety 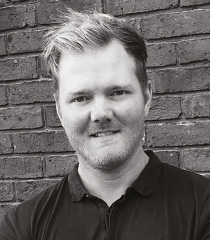 For this special edition of Tech Talk, we are chatting with Ben Knight, Technical Support Specialist for Volkswagen Group Aftersales, about the history and evolution of car safety systems.

Q: Historically, what is the most important safety innovation to ever be introduced?

Three-point seat belts are probably the biggest safety innovation of all time. In fact, it’s not just the seatbelts, it’s the laws that were made to make wearing a seatbelt mandatory. This has probably saved more lives over the last 100 years than any other single safety system. Speed limits and trafficators/indicators were also important developments.

Q: What is the most important safety innovation in the last 25 years?

Mandatory airbags and seatbelt pre-tensioners have been a hugely important innovation. Airbags now work in conjunction with seat occupancy and position sensors, so the system knows if a heavy or light person is sat in the seat, and how close to the steering wheel the person is. As a result, the stages of airbag deployment can be adjusted accordingly. Impact sensors determine where on the vehicle an impact has occurred, how severe it is and whether an airbag needs to be deployed in that area or not, leaving that area as a crumple zone to further protect the passengers. All of this occurs in milliseconds as the impact is happening.

Q: How much have vehicle safety systems evolved in the last 25 years?

The last 25 years have been as much about the evolution and integration of existing safety systems to work together as it has been about developing new systems. Brake and tyre technology have evolved to help keep vehicles safe on the road and able to stop and steer better under wet or icy conditions. Tyres have been specifically designed for the type of vehicle they will be used on and brakes are manufactured out of more modern materials, enabling them to be more efficient, operate in all conditions and last longer.

Q: Which key safety measures introduced for Volkswagen Group vehicles in the last 25 years rank as the most important?

A top three if you like, are traction control systems, pedestrian protection and crash testing:

With traction control systems, as vehicles become larger, heavier and more powerful, systems have been required to assist drivers should bad road conditions or excessive speed overcome their control of the vehicle. Early systems relied on inputs from the speed of the driven wheels vs the non-driven wheels to determine if one was spinning faster than the other and counteracting any difference by reducing the engine torque. The latest systems use advanced speed sensors on all four wheels and multi-directional motion sensors. These monitor lateral, horizontal and yaw rates with the ability to individually reduce the torque to any of the wheels using the ABS system to apply braking force to individual wheels.

This means if the driver loses control of the vehicle, the system is able to calculate the exact actions to perform in order to regain control.

This is a passive safety system that relies on the design of the front bumper, bonnet and windscreen to absorb impact should a collision with a pedestrian occur. By using simulated pedestrian collisions with children as well as adults, development has resulted in engines and drivetrains being moved lower and further back in the vehicle to create a crumple zone. Bumpers and front grilles have been redesigned to crumple more effectively. An Audi Active Bonnet also creates more space between the bonnet and hard engine components by using solenoids that push the bonnet up away from the engine bay in the milliseconds before an impact.

The introduction of more advanced safety testing has proven valuable to the development of safety systems. The technology used in the crash test vehicles and dummies is translated into valuable data which has a huge input into the design of vehicles and safety systems. Vehicles are now required to have a crash avoidance system in order to obtain a 5-star NCAP rating and the level and variety of testing is hugely more comprehensive compared to vehicles 25 years ago.

Q: Which modern day safety features stand out most in the current market?

Pre-sense systems, which are an active safety system operating all the time as well as during a collision. Pre-sense systems will use a combination of radar and camera inputs, along with signals from other vehicle systems such as the speed of the vehicle’s wheels, steering angle, the vehicle’s surroundings and road surface conditions to anticipate a stopping distance at a given speed.

If the vehicle believes an impact will occur, the system becomes active, the brakes are primed and a warning is displayed to the driver. If this is not actioned, the brakes are automatically applied to prevent an accident.

In the event of an unavoidable accident, the system will still act to protect vehicle occupants by slowing the road speed as much as possible, adjusting seatbelts to ensure the occupants are braced for an impact, activating the hazard warning lights and closing the sunroof and windows. Following an accident, the vehicle’s SOS system can call the emergency services automatically, relay information such as GPS coordinates, how many occupants are in the vehicle and how severe the impact has been.

Q: Without giving away too many secrets, what is the next generation of Volkswagen Group safety features to look out for?

Volkswagen Group safety systems are constantly evolving and there is so much technology on the vehicles in terms of cameras, radar sensors and processing power. The next generation of safety systems will likely be written into autonomous driving software and I think a lot of the safety features will determine how the vehicles behave and react while driving autonomously.

Q: Finally, across the broader automotive industry, what are the major safety innovations we can expect to see in the next 25 years?

The main trend in the next 25 years will be a movement towards fully or partially autonomous vehicles. In terms of safety, connected vehicles and connected towns and cities will be integrated and communicate together as an infrastructure. With autonomous vehicles constantly communicating with one another, accidents will be greatly reduced as the human element of driving is removed. Vehicles will communicate with their surroundings and speed limits, traffic lights and congestion on the road will be shared with the vehicle so routes can be amended accordingly. Emergency services will also be able to broadcast route data, giving notice to vehicles to move aside as they respond to emergency situations on the road.